Andrés García Trujillo is an Associate at the Institute of Integrated Transitions (IFIT). Based in Bogotá, he works primarily on projects covering Latin America. He currently leads IFIT´s Venezuela project, which aims to provide advice on reaching a negotiated solution to the crisis. He has worked on rural development in transitional contexts, peacebuilding, citizen participation and social policy since 2007.

Prior to joining IFIT, between 2012 and 2017, Andrés worked at the Office of the High Commissioner for Peace of Colombia, during which time he was involved in the peace talks between the Colombian Government and the FARC, specifically as an advisor on the issues of rural development, gender, reincorporation and implementation planning. He was also in charge of coordinating the government’s financial, legal and institutional preparatory process for the implementation of the peace agreement, and served during the first six months of the implementation as the government’s technical secretary of the Follow-Up Joint Commission.

Previously, Andrés was also advisor to the Colombian Ministry of Agriculture, where he was responsible for designing and executing a program geared towards supporting small-scale producers. Earlier in his career, he worked as an independent researcher and consultant, leading various studies and project evaluations in Latin America for public agencies, NGOs, multilateral institutions and private companies.

Andrés holds BAs in International Development Studies and International Political Economy from Trent University, Canada; a Master’s in Social Policy from the Pontificia Universidad Javeriana in Colombia; and a Ph.D. in Global Governance from the Balsillie School of International Affairs, Waterloo, Canada. Andrés is the author of Peace and Rural Development in Colombia: The Window for Distributive Change in Negotiated Transitions (Routledge, 2020). He is also currently a professor at the Economics Faculty, Universidad Externado de Colombia. 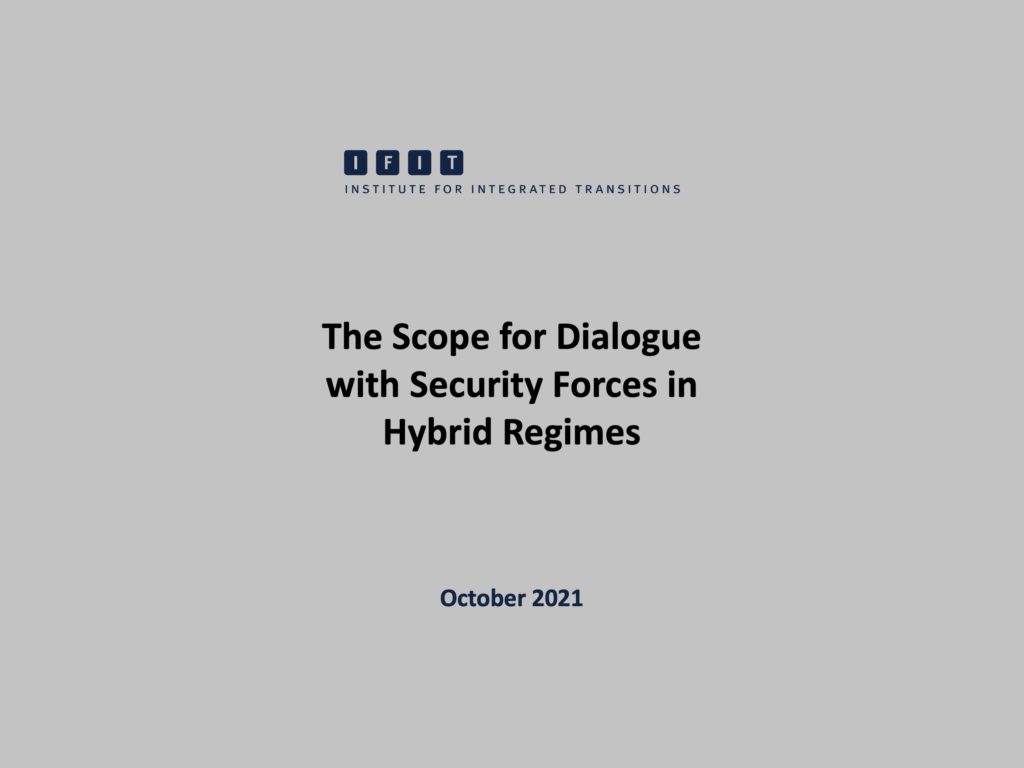 The Scope for Dialogue with Security Forces in Hybrid Regimes